Trimetazidine is a medication used to improve blood supply to the heart among people with the coronary heart disease angina. The drug causes the blood vessels to dilate, allowing the heart to work more efficiently for a longer duration of time, said Deepika Thacker, a cardiologist at Nemours Children’s Hospital in Delaware.

When is trimetazidine prescribed?

Trimetazidine may be used to treat adults with angina, a type of chronic chest pain. The drug is not approved for use in the United States, but is used in some European countries. Even in countries where it is approved for use, trimetazidine is not typically a first-choice medication because other, more common medications, such as beta blockers are more effective with fewer side effects.

What are trimetazidine’s side effects?

Potential side effects include nausea, vomiting, and gastrointestinal discomfort. Parkinson’s disease-like neurological side effects, such as tremors, have also been reported.

Why would a teenager need trimetazidine?

“There’s no legitimate reason for a 15-year-old girl to be on it,” Thacker said. “Children overall don’t get coronary heart disease, and among the small percentage of kids who do, this is not a first-line medication that would be used because of the side effects.”

When heart disease does occur among children, it is most often a structural problem present at birth, Thacker said. Adults, meanwhile, develop heart problems after years of poor eating, lack of exercise, and other unhealthy habits that contribute to plaque buildup in the arteries — problems often treated by a combination of medication, lifestyle change, and possibly surgery.

What’s more, a teenager would probably not be able to compete as an elite athlete, as Valieva does, if they had this type of heart problem, Thacker said.

Why is trimetazidine a banned substance?

Trimetazidine has been on the World Anti-Doping Agency’s list of banned substances since 2014. Unlike some other banned substances, trimetazidine does not give users an immediate boost in physical strength and energy. However, the drug improves the heart’s efficiency, which could allow an athlete to train harder and longer, giving them an edge in a future performance.

What is trimetazidine, the drug Russian skater Kamila Valieva tested positive for before the Olympics? 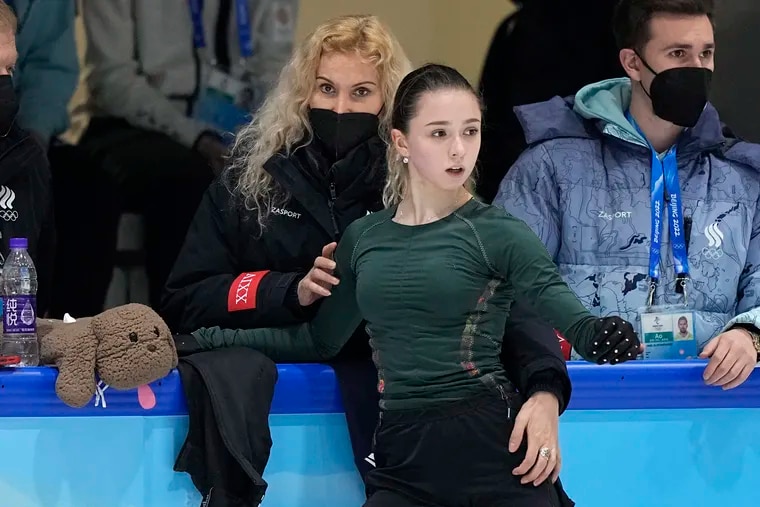 After losing to Andre Muniz at UFC 276, Uriah Hall is “retiring”

Chet Holmgren used his owntechnique against him duringbasketball camp, and Stephen...